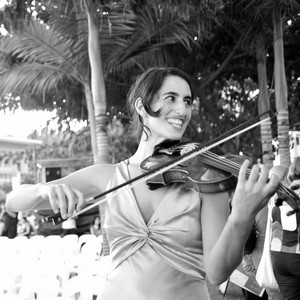 Netanela is a multi-instrumentalist and music educator, with a Masters in Music Therapy. She has toured, arranged and recorded music in various styles, with artists including Leah Flanagan, Mark Hilton, Jess Ribeiro, the Ad Hoc Ensemble and the Arafura Ensemble, and has held a principal violin role in the Darwin Symphony Orchestra since 2005. Netanela has gained public recognition for excellence in performance and community engagement through the Darwin City Council, Northern Territory Parliament, Charles Darwin University, Darwin Symphony Orchestra and wider NT music community. She composes music for youth choirs and ensembles, and her music theatre scores for The Adventures of Burat the Brave and Fedelma, the Enchanter’s Daughter were performed in Darwin in 2013-2014. Netanela works closely with youth and community directing music and theatre camps in Darwin, and working with young people on the Tiwi Islands and in the Immigration Detention Centre, and as a music therapist in areas of disability, youth and community, and palliative care.

The Ad Hoc Ensemble is a collective of chamber musicians, educators and music practitioners who explore new music in diverse settings. Ad Hoc have performed new silent film scores, orchestral works and collaborations with dance and spoken word, featuring in the Darwin Festival (2016), Darwin Fringe Festival (2014) and at various concert venues in Darwin. The ensemble values collaboration, community, multi-cultural and youth engagement, inclusivity and audience and performer accessibility. Founded in 2013 by Cathy Applegate and Netanela Mizrahi, the ensemble grew from a desire to support the development of contemporary chamber music through the creation of adventurous, dynamic and explorative performance projects in the Northern Territory.

The nature of Ad Hoc is that it’s a different cohort of players every time. 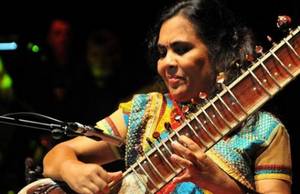 Kabita Ghosh is a sitar performer and composer based in Darwin. She has performed in festivals and events in Australia and India. Her playing style belongs to the legendary Pandit Ravi Shankar’s school of music. She has a masters in Sitar (instrumental music) from Rabindra Bhararati University. Her Guru is pandit Shyamal Chatterjee. This year Kabita is the cultural coordinator at Mindil Beach as well as performing in India. Kabita also teaches at NT Government schools.
|
| 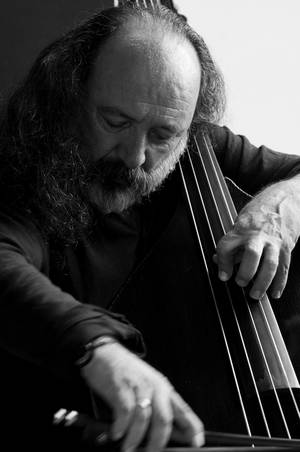 Nick Tsiavos is a bassist and composer whose work operates at the intersections of a number of cultural boundaries: from 6th century chant to contemporary minimalism and experimental improvisation.

“…..absolutely solo and absolutely improvised. A double-bassist who really can bow – here, with some edge and oomph”
–Doug Spencer, The Weekend Planet, ABC RN
“From the sublime to almost frighteningly beautiful, the combination of Kayser’s vocals with Tsiavos’s bass was incredibly powerful…”
–Janine Marshman, Resonate Magazine
“Melbourne contrabassist Nick Tsiavos continues his prolific output with the studied and beautifully intimate One Hundred Months, Third Of East.” –Robbie Buck, The Inner Sleeve, ABC RN 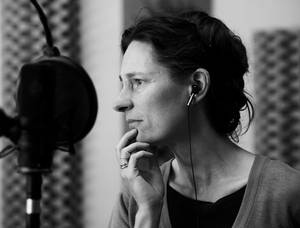 One of Australia’s most adventurous sopranos, Deborah Kayser’s music practices span the centuries from Ancient Chant, the Baroque, to Contemporary explorations on and off the stave.
As a long term member of Elision, Kayser has been at the cutting edge of New Music performance both nationally and internationally. With companies such as Chamber Made Opera, Aphids, and Not Yet It’s Difficult, she has explored extending the possibilities of how the voice is used in these arenas.
Kayser is also a long-time collaborator with Nick Tsiavos. They have toured all over the world, recorded critically acclaimed cds and are regularly broadcast over the radio.

“The beautiful, tranquil and almost contemplative moments, are retained for the Moon-Goddess Chang-O performed by the soprano Deborah Kayser, who can however also transform herself into a vampiric spirit-being.” —Thomas Meyer, Zürcher Tages-Anzeiger

“...the opportunity to hear Kayser’s phenomenal voice. Her instrument should be promoted as a national treasure for its flexibility is so great that one would be hard pressed to find too many others like it in Australia.” —Joel Crotty, The Age Melbourne 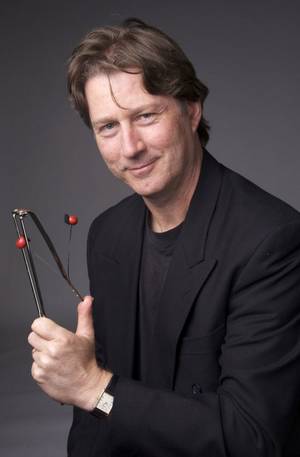 Peter is a graduate of the Victorian College of the Arts and was appointed Head Of Percussion there (now the Melbourne Conservatorium Of Music ) in 2000. He was also appointed as the inaugural Coordinator Of Percussion Studies at Australian National Academy of Music in 2013.
Whilst he works across the range of musical styles, he has a particular commitment to new music. As the percussionist of the ELISION Ensemble for thirty-one years,
he has been involved with practically all their concerts, recordings and international tours and has premiered dozens of works.
As well as having taken part in many concerts for The Melbourne Composers’ League he works regularly with other chamber groups including the Six Degrees ensemble, SPEAK Percussion, The Nick Tsiavos Ensemble, The David Chesworth Ensemble and the BOLT Ensemble and he has recorded and/or toured internationally with each of them.
He has also worked in orchestral and music-theatre settings and his CD recordings range from pop albums by Peter Andre and Deborah Conway to soundtracks including “Words and Pictures ” as well as numerous chamber music discs. 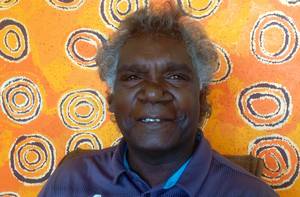 Guwanbal has had a long and illustruous music career, including drummer for Dr. Yunupingu’s first band Diamond Dogs, writing songs with Gurrulmul and coaching Yothu Yindi’s first yidaki (didgeridoo) player!  As a traditional singer he started singing manikay (traditional songs) at the age of 12, by the time he was 20  he was recognised as a songman.  Now he is a leader and teacher (law, dance and yidaki) the Gamurrungu , No. 2 (in rank) songman for Gälpu Clan.
He started his music career at Elcho Island in 1974 as a young man inspired by the music around him.  He made his first drum kit out of flour tins and soon Keith Djinini and Bruce Dhamarrandji of Dharrawaṟ band heard the excitement about him and then took Guwanbal on as their drummer.  He has written many songs in his career also including Garuḻ for Gurrumul and more recently the hit song Malirri which Bärra – West Wind performs at it’s shows.  He is brother to Larry Gurruwiwi, a band leader of Bärra – West Wind.
|
| 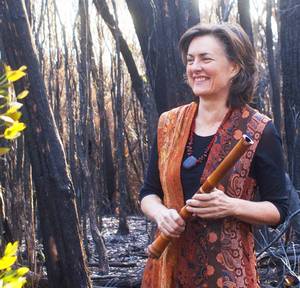 Anne is a shakuhachi performer and composer, regularly touring and working as soloist and in collaboration with a diverse range of artists. From traditional and contemporary Japanese, European and Australian art music, to cross-over world fusion and free-form impro with musicians of various cultural heritages, Anne also collaborates with visual artists, dancers and actors, and has performed in Australia, Japan, America and Europe. Anne studied flute at Melbourne Conservatorium and three lineages of shakuhachi in Japan, culminating in studies at Tokyo University of the Arts. Anne is featured on many CDs and film sound tracks.   http://www.annenorman.com

“One felt that Norman’s ears, eyes and pores were open to the tunnel and her colleagues whenever she appeared on stage… the highlight of the evening was the amalgamation of [Yolngu] songmen and shakuhachi – the audience responding overwhelmingly to this fusion of North East Arnhem Land and Japanese traditions… It was an inspired series from Norman… who clearly worked tirelessly and passionately to bring her vision to fruition – not only recognising her own dreams, but allowing others to dream also.” —Roslyn Perry, Managing Editor and Development Manager, Off The Leash, Saturday 20 August 2016: REVIEW: Deep Within the Belly

“Australian composer-performer Anne Norman, who spent many years studying shakuhachi in Japan, has brought a spirit of reconciliation to the tunnel to transform its original purpose and bring the little flute (the shakuhachi) and the giant flute (the tunnel) together to start a meaningful and daring adventure in sounds.” –Le Tuan Hung: Sonic Gallery